Coming of age movies can turn up under any movie genre heading.  This one comes under funny comedy movies and the coming of age character is the painfully shy Duncan (Liam James).  It premiered at the 2013 Sundance Film Festival and has an array of great talent.  My favourite being Sam Rockwell who I’ve never seen in anything but good movies.  Just saying.

Rockwell’s character Owen befriends the 14-year old and literally saves him from his family during their beach vacation.  Furthermore teaching him about self-worth and how not to be so awkward.

Driving to his beach house in Cape Cod Trent (Steve Carell) is badgering Duncan into a conversation with him.  Duncan pretends to be asleep.  His Mum/Pam (Toni Collette), her boyfriend Trent and his spoilt daughter Steph (Zoe Levin) are all going on their first vacation together.  Mum and Steph are fast asleep.  Trent manages to prompt Duncan to open his eyes and speak with him.

Trent eyeballs Duncan through the rear view window and asks him on a scale of 1 to 10 what number he sees himself as.  Already shy and timid he doesn’t know how to answer.  By continuing to torment and push Duncan for an answer he finally blurts out six.

Seems like a leading question as Trent dives in and tells him he thinks he is a three.  He then begins to tell him why.  Apparently he’s not meeting people his own age and just hangs around his Mum’s apartment doing nothing.  That will all change he informs him, at the beach house where he will have opportunities to do other things and meet new friends.

Duncan looks incredibly downcast after being put down and just stares back.  Trent patronisingly adds that he wants to see that number go up.  Turning away with a look of indifference Duncan sticks his headphones in his ears.

The Way Way Back 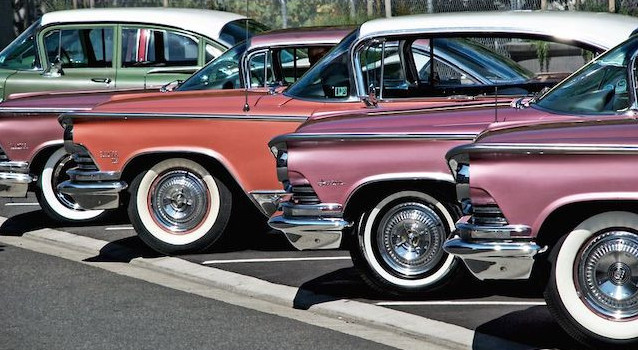 Trent drives through the small beach town and stops at a junction.  And an old yellow convertible car stops behind them and Sam Rockwell’s character Owen is sitting in the driving seat.  Trent drives an old 1970s Buick station wagon and Duncan is sitting way (way) back and is now facing Owen head on.

Waiting for the traffic to move Owen stares at Duncan’s miserable face.  At first he stares back awkwardly until Owen gives him a small smile.  As the cars pull away Duncan nods his head slightly and gives a tiny smile back.

As they pull into the beach house drive one of Trent’s friends lumbers out of her beach house and greets them.  Exclaiming that she is off the wagon and with a drink in her hand she totters over to hug and say hi.  Betty’s daughter Susanna (AnnaSophia Robb) shows up but barely says hello and walks away.  Nevertheless, Duncan has noticed her.

A little worse for wear Betty gossips about her life and the people her and Trent know at the beach town.  She explains that her ex husband has come out of the closet and that she wasn’t really surprised.  Duncan sits uninterested and bored.

Steph appears ready for the beach and her dad tells her she has to take Duncan.  Begrudgingly she walks to the beach with him but tells him to keep his distance from her.

Steph and her friends ignore Duncan as he sits on the sand fully clothed.  Eventually he gets up and walks away but bumps into Betty and her young son Peter.  Betty tries to persuade Duncan to hang out with him.  Peter has a cast in his eye and his Mum says to Duncan, “Just stare at the bridge of his nose, that’s what I do”.  As Duncan leaves them Betty tells her son he should wear his eye patch as his eye makes people feel uncomfortable! 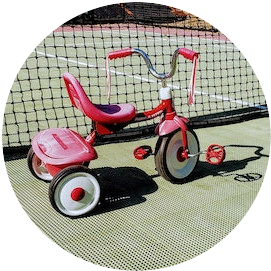 When Duncan arrives at the beach house Trent and his Mum are drinking and playing music with another couple that Trent knows.  Trent puts down Duncan in front of his friends and then they all carry on enjoying themselves and ignore him.

Lots of meet ups and parties on the beach take place.   And with more than just alcohol, the adults completely let their hair down.  Fully absorbed in their hedonism they take no notice of anyone else but themselves.

Duncan feels left out and wants to escape.  He gets some light relief when he finds a girl’s bike in the beach house garage.  Cycling away from them as fast as possible with the pink handlebar tassels flapping he smiles with his new sense of freedom. 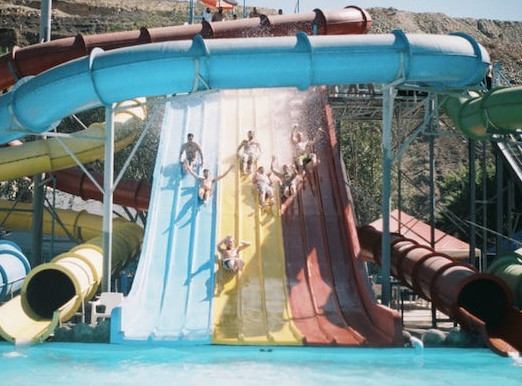 Eventually he discovers Water Wizz and the odd ball bunch of employees that work there, which include Owen.  On first seeing Duncan sitting with a long face at the water park, Owen says, “I’m afraid I’m going to ask you to leave.  You’re having way too much fun, it’s making everyone uncomfortable”.  Duncan nervously gets up to leave as he’s taken the comment as literal.

And so begins a sweet (and very funny) friendship as Owen attempts to boost the young teenager’s confidence and show him how to stand up for himself.

Evidently inspired by the unique back seats of the 1970s Buick station wagons the writers (and directors) Nat Faxon and Jim Rash created one of the best funny comedy movies of 2013.  The back seat symbolises a young teenager’s voyage growing up in the 1970s, hence The Way Way Back.

Whilst the movie is not going to change your life, it will inject a warm feel-good glow into your world and give you a giggle.

Share with your friends and let me know in the comments if you missed it and if you are tempted to watch it now, and if so, why? Or did you see it already? Great!

What was your favourite funny line?

Respect to the image makers!

Share This Movie Taster With Your Friends
Tags: 2013, comedy, Sam Rockwell, The Way Way Back