Living in a different country to my family, when I visit I usually stay with them for a few days.  About four to five days in the days start to get a bit “samey”.  One time when that happened my Mum suggested that I watch Secondhand Lions (2003) as she said it was one of those funny movies that also had a sweet feelgood factor to it.  Don’t ask me why but the title didn’t grab me and I pulled a face but then she said Michael Caine (Garth) and Robert Duvall (Hub) were in it.  I was sold. 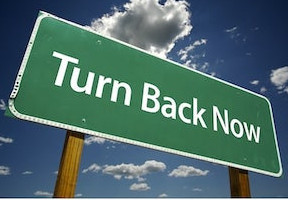 Smoking a cigarette and driving Mae Caldwell (Kyra Sedgwick) is smiling as she tells her son Walter (Haley Joel Osment) that she’s got to leave him with his two uncles.  Mae is going to college to study for a while.  That’s not possible he tells her as she is an only child.  My mother’s brothers she says, they’re your great uncles.

Millions hidden away and no-one knows where they got it from, she tells him they have no kids and they’re the closest family that they have.  Irritated he rebukes her for suggesting that he should get to like them for a share of the money after they die. Ignoring his response she shouts cheerily, “Here it is!”

Glancing out the window he sees a sign: DANGER EXPLOSIVES IN AREA. NO TRESPASSING. KEEP OUT.  Mae is still babbling on about her uncles and where they potentially got their money from, meanwhile Walter has seen a second sign: Loose Rabid Attack Dogs.  Distracted and worried about the signs, 14 year old Walter mentions that maybe they should have let them know they were coming.  Horrified as he looks at the third sign: NUCLEAR RADIATION! PERSONNEL IN PROTECTIVE SUITS ONLY, he Mum tells him, “Just find out where they stashed their money, okay?”.

Having persuaded the uncles to take him, Mae drives off and leaves him miserable and upset.  Obvious that he doesn’t want to be there and that the two old men don’t want him there either, they all sit on the porch in silence.  Hub and Garth live in a big old run down farm house with a porch and not another house in sight.  Staring out at nothing, a car comes rumbling up and a guy jumps out speaking quickly.

Apparent that this is a salesman hoping to get a piece of the uncle’s money, he is met with two shotguns firing at him.  Covering his ears from the gunshot sound Walter hides behind one of the porch posts shocked and a little freaked out.  Hub and Garth are seemingly used to these visits and continue to shoot at more salesmen as they come and go by very quickly.

Bedtime and Walter is halfway up the stairs to the attic room where he is told he will sleep, he stops.  Dark and a little creepy he stares up at the tower room and doesn’t move.  The uncles tell him that they know nothing about kids and if he wants something he should either find it himself or just do without.  Finally he goes up to bed and the uncles reflect about their new visitor, “Jumpy little fella, quiet though”.

Sleeping is not an option as the day has been a little crazy for Walter.  As the night progresses Walter hears a sound outside and sees Hub wandering around in the dark.  Dashing outside and trying to get Hub’s attention it is obvious that the uncle is sleep walking.  Hub starts an energetic sword fight with an invisible component.  Spectating, Walter, the uncle’s four dogs and pig sit watching and waiting for the outcome.

Having eventually passed out and wearing yesterday’s clothes Walter wakes up laying outside with the animals.  He runs back to the house and joins his great uncles for scrambled egg and sausage.  Hub moans to them, “Brand new mattress and I’m still sore”.

Hacking at the soil with hoes, Garth remarks to Hub that this is what retired folk do, they do gardening.  Sitting at the side of the garden patch the four dogs and the pig are watching intently.  Garth continues to say that gardening is good for you and you’ll live for 100 years.  Having led a very adventurous life Hub is not impressed and throws his hoe away.

More relatives (Michael O’Neill/Michael, Deidre O’Connell/Helen and their kids) unexpectedly appear.  The uncles try to ignore them.  Very unhappy with Walter being there they think he has been put there by Mae to muscle in and get some of the money.  The relatives suggest that Mae will probably not come back and to put Walter in an orphanage.  Sticking up for Walter and telling them it is none of their business what they do with him, Walter arrives.  Ralph grabs Walter and accuses him of spying on them.  Pulling away and kicking him Walter runs like the clappers out and away from the farmhouse.

“Planning Your Next Move?”

Walter finds a telephone box and calls the college where his Mum is.  He quickly realises she’s not where she said she would be.

Having run away and now dark, Hub, Garth and Michael are in the car and driving around trying to find him.  Spotting a lonely, tired and fed-up Walter looking at a map the uncles get out of the car and sit either side of him.  “Planning your next move?” they say.

Speaking to Walter and trying their best to be kind, they are interrupted by Michael blasting the car horn impatiently waiting.  The uncles ignore him and Walter tells them about his Mum and that he’s going to Montana.  Explaining to him that he annoys the relatives and they like that, Garth asks him to do them a favour.  He says he wants him to come back with them to be a deterrent and discourage the relatives from visiting.  Hub mutters, “It’s crazy enough but it just might work“.  Changing his mind Walter agrees stating, “...seeing as it’s so important“.

Where Are The Lions?

No mention of lions here but I can assure you there will be a lion.  And a secondhand one at that. Walter spends the best summer he’s ever had with his amazingly adventurous great uncles, who quickly become his heroes.

Warm-hearted, feel-good and funny.  Caine and Duvall are the uncles you wished you’d had.

Will you watch this movie after reading my taster?  Great!  Come back and comment below on what you thought.

Or did you you see it? Again, tell me, would you watch it again?