The definition of insane: exhibiting a severely disordered state of mind. And the definition of unsane? Extremely insane. Confused? Don’t be. Insane or unsane, it amounts to the same thing in Steven Soderbergh’s 2018 psychological thriller Unsane. Filmed entirely on an Iphone, it works really well. Creating a feeling of being cornered which ideal for a movie about a woman who is trapped in a behavioral center.  Good Movies You May Have Missed – The Insanely Superb UNSANE – I’m not sure why you may have missed it but you don’t know what you don’t know, right?  Right.  Read on.

Can you imagine feeling a bit down and wanting to have a chat with someone? Off load a bit? So, you go to see a therapist and have that chat and before you can say Jack Robinson you’ve voluntary committed yourself to a behavioral 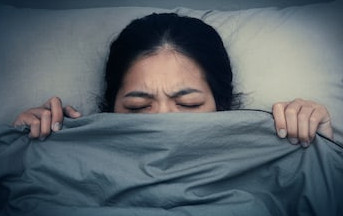 center for a minimum of 24 hours? Sawyer Valentini (Claire Foy) does just that.

Taking her bag, nurse Boles (Polly Mckie) asks her to strip off to her underwear and remove all jewellery.  Sawyer pleads “There’s nothing wrong with me. I just needed to speak to someone.”   She tries the door to escape.  Finding it locked she frantically looks up and finds the cold, blank stare of nurse Boles.

Sawyer doesn’t take her clothes off immediately until Boles says, “Miss Valentini are you refusing to co-operate?”.  Sawyer replies, “What happens if I do?”  Boles, “It will be better for everyone, especially for yourself if you do just as I ask.”  This time it’s Sawyer’s turn to stare back, with a bewildered expression.  The stark realisation of her situation finally hits home.  She’s trapped in Highland Creek Behavioral Centre.

What Can You Believe? When You Can’t Trust Yourself?

She initially went to the centre to chat following her experience of being stalked by David Strine (Joshua Leonard).  Still feeling upset and having relocated she kept thinking she could see him everywhere.  Once in the centre she creates more unease and unhappiness for herself.

She slaps one of the orderlies in the centre thinking it is Strine and gets drugged to calm down. Sawyer freaks out (understandably) a lot and she is told she is a danger to herself and others.

Juno Temple plays the cornrow braided Violet, and is one of the first patients at Highland Creek to make contact with Sawyer, asking her in a weird freaky way, “Alison, how’s your baby?”  Brilliant.  Having just arrived at this point Sawyer is still upset and just ignores her, whereby Violet retaliates in a rather crude way. A bit later Sawyer gets fondled by one of the male patients, Jacob (Raúl Castillo) and  lashes out hitting him..

And then she really does see Strine, he’s working at the centre handing out the pills to the patients.  She freaks out yet again, and sees his name badge and yells “So, you’re calling yourself George now?”  Nobody listens to her and they tie her down on the bed. She is told she will have to stay 7 days now due to her violence towards staff and the other patients.

The Stalker And The Ally

Leonard’s portrayal of a stalker is very believable, he is completely delusional and damaged.  As the plot unfolds he becomes extremely dangerous too.  He is completely obsessed with Sawyer, the ‘object’ that he needs and wants.

Sawyer has an ally in the centre namely Nate played by Jay Pharoah.  He believes her and secretly lends his mobile to her so that she can call her Mum for help in getting out.  But Nate pays a high price for breaking the rules of using a mobile and an even higher price for being friendly with Sawyer….

The protagonist is trapped in a behavioral facility for at least 7 days with her stalker.  No one is listening to Sawyer.  Sawyer’s Mum (Amy Irving) comes to visit and tells her she will get her out. Her Mum speaks with the centre’s administrator who tells her that Sawyer is in the best place for treatment.  She then speaks with the police and a lawyer and is told that she cannot get her daughter out until after the 7 days.  It seems no-one is listening to her Mum either.

The doctor at Highland Creek thinks she is a danger to herself and others.  She’s threatened by Violet and touched up by Jacob.  And the icing on the cake, her stalker has followed her to the centre and got a job there so he can be even more stalkerish.

Is It All In My Head?

Sawyer tells Nate the story of how she met David, the scene flashes back to that and the start of the stalking and her re-locating to a new city.  It’s here that you see the detective (Matt Damon) telling her to stop using social media, replace her locks and stop parking at the back of her building.  He hands her book called The Gift of Fear by Gavin de Becker and tells her to change her routine going to and from work.

The flashing back to the present day, Sawyer gravely says to Nate, “And now he’s here or is it all in my head?”

Oh Sawyer, not even the strong and resilient Jason “I can do everything” Bourne can help you now.

The humble use of the Iphone to film the whole movie and create a new visual style.  Plus the gritty characters and captivating story all kept me hooked until the end.  I had to know, was it all in her head or not?  It delivers a thrilling ride to a chilling end.

And Foy is amazing, undeniably gutsy and real.

If you enjoy psychological thrillers then let this no longer be in your list of good movies you may have missed!

Will you watch the movie?  Let me know what your thought in the comments

Or did you catch the movie already?  If so, what did you think of how the movie was filmed on an iPhone?

Share This Movie Taster With Your Friends
Tags: 2018, Unsane